Najel is among the only western importers of the original Aleppo soap made in Syria.

Manufacturer of the Original Aleppo Soap in Syria, Najel Al Najjar has been importing the only and original truly Made in Syria one to France for over two decades.

Under the Najel brand, born in 2014 to make the distribution of the product independent and direct, The soap maker Al Najjar offers a selection of products for the care of the whole body, including the famous Aleppo soap, ancestor of the Marseille soap. If the authentic Aleppo soap is the showcase of Najel's know-how and its flagship product, than, since 2014, the company has developed a wide range of certified natural and organic cosmetics produced in its Lyon laboratory.

The Al Najjar family has been producing authentic Aleppo soaps since 1895 thanks to their artisan know-how, handed down from generation to generation, in their soap factory located in the city of Aleppo, in northern Syria. With a manual skill preserved by the master soap makers of the Al Najjar family, the NAJJAR laboratory has been able to offer, for over 20 years, natural and organic cosmetic products of impeccable quality.

Najel is now a recognized brand for the production of authentic Aleppo soap in Europe, a continent where Aleppo soap is often produced in Turkey, for skills acquired and not handed down and in microclimates that are completely different from those of Aleppo area.

The range of organic body care products, now distributed in over 30 countries and in Italy thanks to nicolestore.it is a Franco-Syrian story, a true fairy tale that began in modern times, in which, more than 20 years ago, when Catherine , a law student, and Manar, a young Syrian doctor, decided to get married. Najel, a contraction of their two surnames, is the first fruit of their love.

"Najel, is the contraction of my name and that of my wife: Najjar and Elia. Furthermore, in Arabic," najel "means" the son ", a beautiful symbol!» Manar Najjar

Thanks to the Manar family, part of whom remained in Syria and works in the historic soap factory, Catherine and her husband decide to market the authentic Aleppo soap made from olive oil in France and abroad. bay and olive oil produced on site.

Manar Najjar grew up in the family soap factory and discovered the production of Aleppo soap with the guidance of his grandfather, who witnessed the first experiments in the cauldron for an original and exclusive recipe for the Al Najjar family, but is towards medicine that the young Syrian directs his own interests. He flies to France to deepen his studies and it is in Lyon that he continues his studies before starting his specialization near Grenoble. It was then that he met his future wife Catherine. Shortly before the wedding, his father-in-law went to Syria and was amazed to discover the production and virtues of Aleppo soap. Enthusiastic, he convinced Manar to export this unique product, then completely unknown to France. The first container arrived in France in 1996. A new adventure had just begun!

Twenty-two years after the start of the distribution of Aleppo soap in France, the "Najel" family has completely dedicated itself to this activity, employing fifteen people in France and 80 in Syria, during the production season, and twenty in the rest of the year, extending their range of products to the organic cosmetic care of face, body and hair.

NAJEL - THE SPIRIT OF THE NAJJAR LABORATORY

Manar and Catherine Najjar therefore dedicated themselves to the production and export of this famous Aleppo green gold from Villeurbanne, in the Lyon region, to promote total traceability of product and raw materials. In Syria, Manar's brother Samer oversees the production of olives and bay leaves and finally the drying of the soaps, which lasts 9 months in the family's soap factory north of Aleppo. Since 2011, despite the Syrian conflict, the family has focused even more on continuing production. A support that allows many Syrian families to continue living and working.

Aleppo soap is produced exclusively with olive oil and laurel, a natural product that benefits from the protection of the geographical indication of Syria and is certified both for the origin of the raw materials and for the place of processing, of the origin of the workforce and place of drying.

"Since real Marseille soap is produced only in Marseille, real Aleppo soap can only be made in Aleppo and its region.» Manar Najjar

Najel is a partner of Marius Fabre, soap factory producing the only and original Marseille soap, the only external partner from which it supplies the best Aleppo soap for its customers. 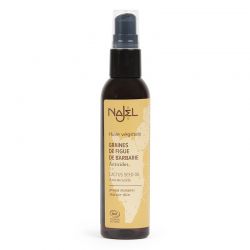 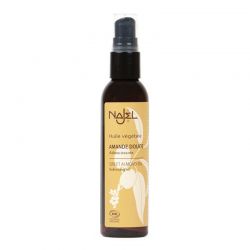 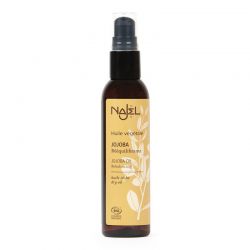 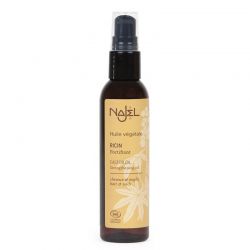 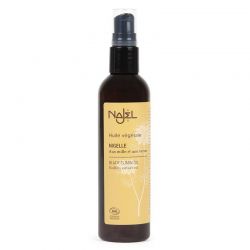 "Cosmos Organic Ecocert" certified organic vegetable oil. A thousand and one virtues, for all skin types, moisturizing. The certified organic Najel black cumin oil is the ideal cosmetic vegetable oil for daily face and body care. Its nourishing, soothing and regenerating properties transform a simple and superficial daily gesture into a true care... 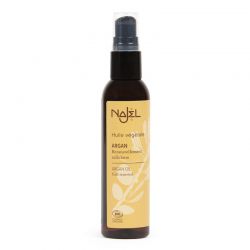 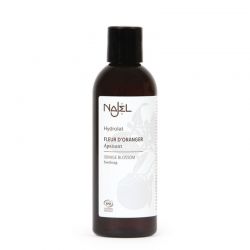 Certified vegetable oil "Cosmos Natural Ecocert" and "Monoï de Tahiti Appelation d'Origine". Protection and hydration for skin and hair. Monoï de Tahiti oil perfumed with original Tiare flowers with "Made in Tahiti" stamp. Prepared according to ancient traditions, Tahiti Monoï® is a natural treasure, full of pleasant sensations for the body and healing... 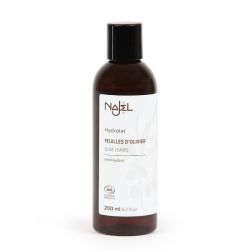 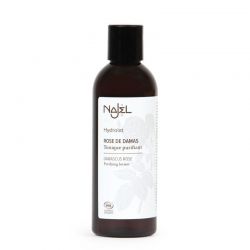